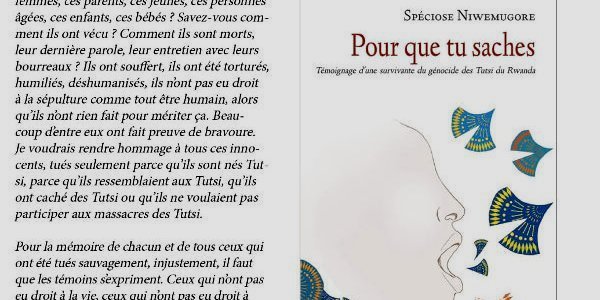 Niwemugore, a genocide survivor publishes book on ordeals endured until her survival

Speciose Niwemugore, 61, mother of four has launched the book “Pour que tu saches : loosely translated as “So that you know” which recounts her ordeals endured on the path to the Genocide against the Tutsi since her early childhood until her survival.

Speaking during the launch on Friday at Kacyiru Public Library, Niwemugore said that being a genocide survivor inspired her to write the book so as to let future generations know the atrocities that occurred in Rwanda so they play role in ensuring that it never happens again.

“I started to fold my testimonies by handwriting soon after surviving. In my book I narrate the discrimination that always reigned against the Tutsi especially in schools where I was victim for several years and how the Genocide against the Tutsi was executed. I mention the names of the people and how they were killed in my sight,” she said. 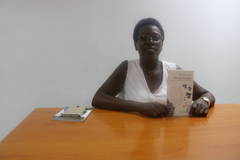 The book with over 200 pages also illustrates how injustice was always committed against the Tutsi and how they were always silenced whenever they tended to denounce it.

“These killings could happen but the then regime never delivered justice to the victims instead the killers would be promoted to upper positions,” she said.

Niwemugore who currently lives in Belgium said she was tortured in school since 1973 until she was sacked even though she later on resumed.

She urged Rwandans, especially parents not to impart genocide ideology to children and youth ,adding that unity and reconciliation among Rwandans should be maintained.

Speaking at the launch, Dr Jean-Damascène Bizimana, the Executive Secretary of the National Commission for the Fight against Genocide (CNLG) said that writing books on genocide is an essential tool in preserving the history of the Genocide which helps in fighting against the genocide ideology and in belying those who deny and trivialize the Genocide against the Tutsi. 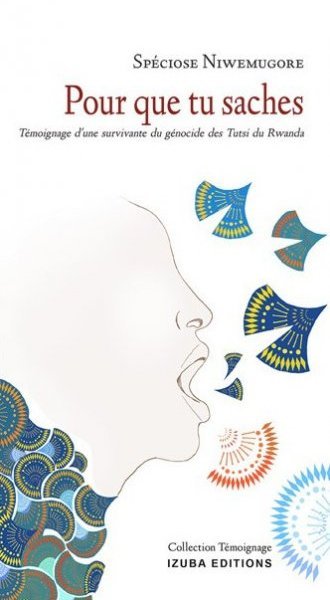 “Books about the Genocide are very important because they are useful for thousands years ahead for future generations to read and understand our history which was characterized by oppressive regime that masterminded the Genocide against the Tutsi. 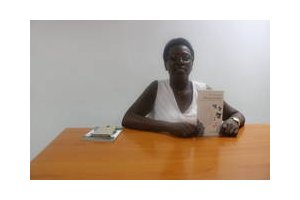